On a day that tested the conscience of America, California State Senator Hurtado took action that not only stifles collaborative effort to secure health equity for Black mamas and their families but effectively disregards the lives of birthing people from marginalized communities throughout California, including those within her very own district. Just as the verdict on the murder of George Floyd was delivered, Senator Hurtado unilaterally pulled a bill that seeks to preserve the lives of Black birthing people and their families. She took this action at the very last minute, as witnesses and supporters of the bill waited on the phone lines for the opportunity to voice their support. The implications of Hurtado’s action for the health of Black women and birthing people cannot be overstated, and certainly will not be ignored.

As written, SB 65 would implement comprehensive, meaningful strategies that address the root causes of the racial disparities in California’s maternal and infant mortality rates. Black Women for Wellness Action Project helped draft and is a co-sponsor of this important piece of legislation, which addresses decades-long issues of Black maternal and infant death, and severe injury due to long-standing socio-economic and institutional racism within California’s healthcare systems. One of Black Women for Wellness, our sister organization, first projects was addressing newborn/infant death. It came from the hundreds of Black women that experienced a child loss, something that is still prevalent today. We are disappointed and enraged that once again, the lives of Black women are used as mere pawns in a single person’s quest for and demonstration of power. Furthermore, this move underscores the disconcerting fact that in California, a state that positions itself as progressive and forward-thinking, , Black lives only matter when instrumental to the political gain of its elected officials.

To say that we are outraged is an understatement. This is personal to us, it feels like a personal attack on us. We are saddened, angered, hurt but resolved in our fight to secure health equity for Black families. 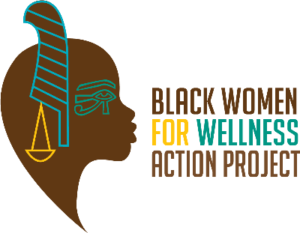 HC4US advocates for comprehensive, high-quality universal health care through single-payer public financing. Our goal is to guarantee health care as a human right for ALL California residents, advancing the larger fight for health care justice and energizing the implementation of national Single Payer/Medicare for All.

Health Care for  US

Your contribution helps our ongoing work to guarantee comprehensive, high-quality health care as a human right and lead in the larger fight for health care justice.

To chip in, go here.