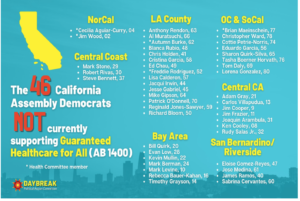 In “Where the frauds are all legal” on December 7, 2019 in the NY Times, Elisabeth Rosenthal, an opinion writer, physician, and editor of Kaiser Health News, describes exactly that. Dr. Rosenthal has often written on the same theme, notably in a wonderful book that I have recommended before, “An American sickness: how healthcare became big business and how you can take it back”, but this recent article was precipitated by the experience of her husband following a serious bicycle accident. Dr. Rosenthal describes a number of scams (and they are scams, even if they are legal) perpetrated by the hospital, and gives them cute and memorable names; it is good enough to summarize here.

What is sometimes more amazing to me is that the insurer paid for all these things. Part of the reason is that they have no way of knowing if these upcharges were medically necessary. Sometimes (as pointed out in Rosenthal’s book) it is because they just pass the charges on by raising their premium rates. Of course, insurers don’t pay the full charges – they pay a significant discount. Only uninsured people are expected to pay the full charge!

So these are pretty outrageous, but mostly (as the title points out) legal, if outrageous. Not, however, necessarily legal would be the overcharges and payments from Medicare to certain insurers documented in a report from the DHHS Office of the Inspector General, and covered by the Times in “Federal Watchdog Questions Billions of Dollars Paid to Private Medicare Plans” by Reed Abelson, December 12, 2019. This is a different sort of scam, perpetrated by Medicare Advantage plans. To start with, Medicare Advantage plans are something of a scam to begin with. Why? Well, on the surface, “all” they do is to essentially provide Medicare patients with the benefits of an managed care plan – indeed, often you may an additional premium on top of Medicare to the insurer and you have wrap-around HMO-type coverage. This can be really good for you as a consumer; you can get covered for vision, hearing, prescription drugs (without the need for an additional Part D plan), and copays. What makes it at its essence a scam is that the Medicare Advantage plans get higher payments for a variety of reasons than does traditional Medicare.

One reason is that they tend to enroll lower-risk patients, who cost less to care for. To some degree this is because they have the disadvantages of HMOs as well as the advantages; limited physician and hospital networks and limited portability if you are out of the geographical service area. But most of it is from the way that they are marketed. It is to these insurers’ financial advantage if as many of the high-utilizing, high-cost, older, and sicker Medicare patients are in traditional Medicare, and the ones who are younger, less-sick, and lower-utilizers – thus lower cost – are in their plans. They work hard to make this happen, When the Trump administration pushes Medicare Advantage, as when Center for Medicare and Medicaid Services (CMS) administrator Seema Verma says “What works in the Medicare program is Medicare Advantage — because plans are competing on the basis of cost and quality, driving toward value and increasing choice to beneficiaries,” it is true – but, as with any other for-profit product, it markets its advantages to those most likely to make it money.

HC4US advocates for comprehensive, high-quality universal health care through single-payer public financing. Our goal is to guarantee health care as a human right for ALL California residents, advancing the larger fight for health care justice and energizing the implementation of national Single Payer/Medicare for All.

Health Care for  US

Your contribution helps our ongoing work to guarantee comprehensive, high-quality health care as a human right and lead in the larger fight for health care justice.

To chip in, go here.