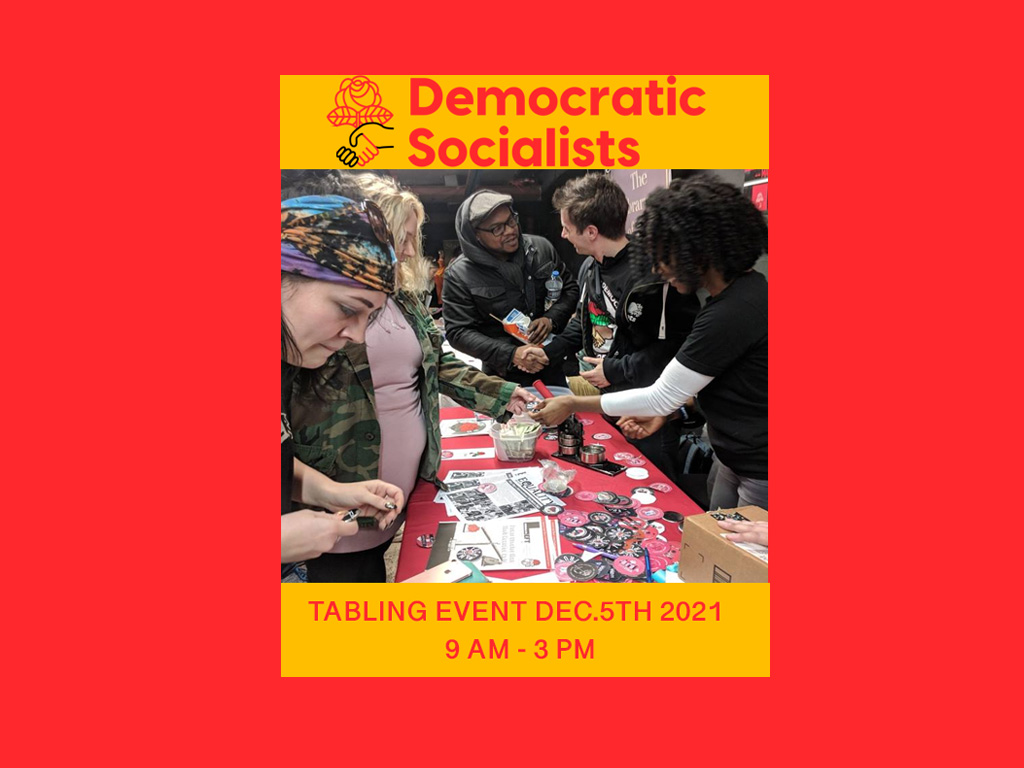 CicLAvia is the biggest open streets event in the United States and attracts large crowds of pedestrians in a fair like atmosphere. This is an ideal opportunity to engage w/ voters and have medium-to-long conversations. The event primarily attracts families and young people.

This year’s last CicLAvia event takes place in South L.A.! The route overlaps or runs in proximity to Neighborhood Councils that approved Community Impact Statements for CalCare, including: United Neighborhoods and Zapata-King.

Participating will allow us to reach out to a part of LA that we have identified a need to engage. Based on 2017 LA Dept of City Planning data, South LA is 61% Latinx and 28% black. The area has a median household income of $33K w/ the average household being 3 persons. DSA-LA’s Organizational Priorities states that we should “recruit, engage and retain our members across the racial and socioeconomic divisions”.

There would be an opportunity to set up our tent, pass out literature, sign up attendees, distribute swag, and engage in conversations around the 7 principles of CalCare.

While crowd canvassing, DSA-LA HJC can promote our group to the thousands of CicLAvia participants. We would require a minimum of 4 volunteers per shift with 3 shifts throughout the day.

Within the theme of CicLAvia, which is centered around reimaging a pedestrian, bike and mass transit friendly Los Angeles, we could have a display on the current gaps in coverage based on an average commuters experience of living in one part of the city but travelling through or working in another part. This is the common “in network” / “out of network” problem. CalCare would allow all of us to be seen at the time that we need to, at the nearest facility and free at the point of service.

To register for this event please visit the following URL: https://www.ciclavia.org/south_la21 →

The DSA Health Workers Collective (HWC) organizes workers in healthcare, regardless of discipline, around the struggle for a health system that values workers and patients over profits. In the setting of rapid changes in the healthcare industry during COVID-19, we aim to build a sectoral organizing network rooted in the necessity of labor organizing to both meet health workers’ immediate material needs, and coordinate strikes among US health workers as a critical strategy for winning transformative changes in healthcare delivery and financing, such as a single-payer Medicare for All program. We partner with existing unions to build a base in our workplaces as a strategic site of struggle, where we can exercise the enormous power of our labor if we take action in unison.Currently we are:

See our Points of Unity.

Join us here! Get in touch by emailing healthworkers@dsacommittees.org.